Mary & The Wrongs of Woman (2 in 1)
Mary Wollstonecraft, Gary Kelly

Of Love and Other Demons
Edith Grossman, Gabriel García Márquez

Paradise: A History of the Idea that Rules the World I did not complete this book but I found the chapter on the Islamic concept of the perfect man enlightening.

Though not as good as some of the other lonely planet guides, useful nontheless.The budget options were useless.It seems that once the hotel, restaurant etc get into lonely planet, bussiness is guaranteed and complacency and price discrepencies ensue.My advice: Use as a rough rough guide; photocopy and cross reference if you need to but live your OWN journey not the guide books! I did not enjoy this book, not only is the writing stagnant but the plot is too predictable.....What is this guy getting at? Really Scary! Make sure that the windows are closed or the lights are on or whatever else makes you feel safer. This book is a drop into a very dark wonderland.   Single-author short story collections can be tedious reading but John Connolly manages to hold your attention with some elegant writing through most of his 18 stories.   Not all the stories impressed. The very first story: 'The Cancer Cowboy...' had drops of good writing but it was too long, too tedious and too Stephen King-like.   'The Inn at Shillingford' was an attempt at black humour. 'Miss Froom, Vampire' however was black humour at its best.   There were similar themes and horror devices in a few of the stories but the author moulds them around successfully. Well, just about. Although I enjoyed 'Mr Pettinger's Daemon' (Makes me want to dig to the bottom of my neighbourhood Mosque'), I felt that there were two powerful stories that were both too overwhelming to be merged into one as they were.The cannaballism theme was powerful enough to merit a story on its own.  Most of the stories were genuinely chilling. I found 'The Underbury Witches' and 'The Shifting of the Sands' particularly scary. Having said that 'The New Daughter' and 'The Erkling' would make most prospective country home buyers have second thoughts.  As for the Novella, there were a few inconsistances with the main character and some minor parts of the plot did not add up. Overall however, the story was good and did scare. Anything with chidren for some reason just seems to scare easier. Hugh Kennedy's over cautious and suspicious treatment of Arab sources makes this a bumpy read. The book though is informative but should not be the definitive book on the subject rather a supplement to other works. The author's attempt at neutrality fails and he leaves no doubt as to which side he supports. In some instances the Islamic perspectives are not even mentioned for e.g.the battle of Tours. A classic, no one scares like Stephen King and this is one of his best works. The cold, middle-of-the-night sweat of loss or just the fear of dying, this book will ruffle something in you at some point...if you're human that is. 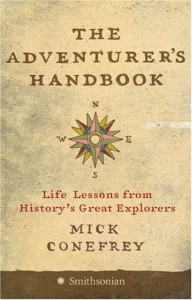 The way time changes perceptions. beauty and the human spirit is what Naguib Mahfouz is all about. Depressing.

Reblogged from Jasmine, A Common Reader: I live for second-hand book shopping. Whenever I feel the slightest bit down I head straight for the charity shops. Oxfam are particularly good for old and interesting books, including this lovely hardback copy of Brideshead Revisited (which is also beautifully illustrated). To be honest, getting first pick of the donated books is one of the perks of volunteering there;) I’ve also picked up Lark Rise to Candleford, a Penguin book on Victorian Literature and a volume of Jane Austen’s letters! Thoroughly satisfying:) Not as bad as it sounds. It would have helped if the author had used another tense in narrating.

How to Have Creative Ideas: 62 Exercises to Develop the Mind All the exercises in this book involve random words. This can become monotonous and boring.Some of the exercises are useful and engaging whilst with some you get the impression that the author was just trying to fill up space for the book.The useful exercises can be a very handy aid for teachers and lecturers of a wide range of subjects towards encouraging creativity in the classroom .

The Gates of Damascus 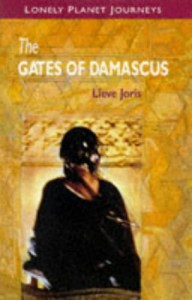 This book was bland. There were however a few good parts and I would consider it useful as an insight into modern Arab society. 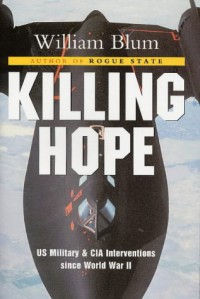 A very thick and detailed book on the darker side of US interventions which completely shatters the 'good guy' myth. I randomly read parts of it for a deeper understanding of US involvement in present-day conflicts. How odious can these gringos get? A few good chapters and a couple of uninmaginative ones as well. Non the less, a worthwhile read.

Eaters of the Dead: The Manuscript of Ibn Fadlan, Relating His Experiences with the Northmen in A. D. 922 (A Bantam Book) Really enjoyed this book.Creepy at times, funny at others, really worth reading.Pity that it was so short.Wonder how much of it is true. I wish that I had read this novel before I had visited Istanbul. I most certainly would have visited the remnants of the hippodrome (at the Sultan Ahmet Square), the labyrinthine cisterns with its Medusas’ heads and the other places mentioned in the novel. At least there is a lot left to see for my next trip.Baudolino is a richly-woven, engrossing, comical and erudite novel. The many characters are engaging and fairly well-developed. Most would find this novel entertaining until the point where reality gives away to the ‘unknown’ world of the ancients, in particular the world of the Naturalis Historiae of Pliny the Elder (This may well be just one of Baudolino’s tall tales). There are lots of theological and philosophical debates throughout the book which some may find tedious. Particularly tedious (for me anyways) is the explanation of the Gnostic view of creation which comes in the form of a dialogue that lasts several pages and is really heavy, head-scratching reading.This is the third Umberto Eco novel that I have read and the diversity in style and substance between all three is simply impressive. The Name of the Rose is the best of the three and I doubt he will ever write anything better.